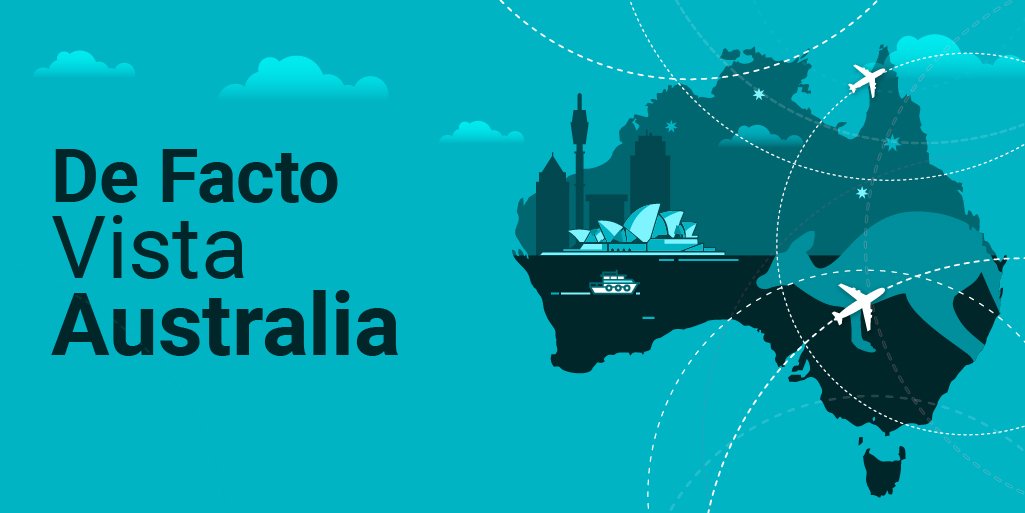 Ready to apply for a partner visa but not yet married? Don't worry, Copson Migration Partners has got you all covered.

As per the rules of Department of Home Affairs Australia, it is mandatory for you to meet the one year De-Facto relationship requirement to be granted a partner visa.

This is important because you have to demonstrate that your relationship with your boyfriend or girlfriend existed for at least one year before you can lodge for a partner visa Australia.

Contact us today by giving us a call and get more information about de facto visa.

What is De Facto Visa?

If you are in a boyfriend, girlfriend relationship, you are welcome to Australia. Even if you are not married to your boyfriend or girlfriend and have kids, but you have been living together for quite a while now, then you may qualify for a partner visa.

However, you don't need to be married for that and this is exactly what the de facto visa is. It allows you to move permanently to Australia and lets you do several different things while you stay in Australia.

As a professional immigration agent in Australia, Copson Migration Partners has helped several people who are committed to each other, move to Australia permanently.

Below we have explained in detail about everything that you need to know about the de facto visa Australia.

What Evidence Is Required To Prove De Facto Relationship?

Usually, this statement covers: Details of how, when and where you met your partner, how your relationship developed, proof of commitment of supporting each other which includes financial, emotional and physical commitments, in case there was a separation between the two, you will have to provide a proof of how you kept a close contact during that time duration and finally, what will be your plans for the future.

As a whole, the Australian authorities will require you to provide the details of the following aspects before applying for the visa:

We are able to provide you with the migration law expertise to submit the best possible visa application which would save both time and money.

The basic requirement for a De Facto Visa Australia is that the applicant has to demonstrate at least 12 months of cohabitation with their Australian partner in the period before the lodge the visa application. Not to mention that de facto partners could be of both opposite and same sex couples.

Also for de facto visa, if you are:

Onshore: Both the applicants of partner visa are required to hold a valid substantive visa and be in Australia at the time the visa is granted

Offshore: In case of offshore, the partner visa applicants are required to be outside of Australia at the time the visa is granted.

In general, the Australian visa applicants are required to satisfy the health and character requirements.

The first and foremost criterion for the de facto visa program is that you have to be in a traceable relationship with an Australian partner. However, an eligible New Zealand citizen is covered as well. For instance, if you are in a long-term relationship, but not married yet, to a New Zealand citizen that has lived in Australia for 12 months, they can sponsor you to move to the Lucky Country.

What You Can Do With A De Facto Visa?

Work, study, travel: Once you get to Australia under the de facto visa, you are eligible to get a permanent partner visa as well. The later also lets you stay permanently in Australia and you will be able to enjoy your rights and benefits, which include the ability to work, study, or pursue business endeavors that are pretty much the same as an Australian citizen. Moreover, you will also qualify for the Australian government healthcare plan (MediCare) along with a few social security benefits.

Pursue love in Australia: Since the de facto relationship categorization is broader, you can be easily sponsored by even those who are in other relationships, or the ones who were previously sponsored under the same visa category.

For instance, if you have a friend who was sponsored to Australia by her Australian boyfriend, then your friend will get to the Land Down Under and lives with him for five years and the relationship ends. Your friend can move out and live on her own in Australia.

Moreover, if your friend obtained a permanent partner visa when she got to Australia and she also kept in touch with you and later on found yourselves in a de facto relationship, then she will be able to sponsor you to Australia whether you are a man or a woman.

Sponsor dependents: With the de facto partner visa, you will be allowed to mention and also bring dependents as part of the application. For instance, let say Michelle has a biological child with her Australian boyfriend Josh, both of them can enlist the child in the visa. Not to mention that this could be an adopted child as well or Michelle's child from another relationship. In either of the cases, it would be acceptable.

We can help and advise on all Applications

For a limited time only we offer a fixed fee of $750 to review your application and advise of any amendments needed to be made.

Q. How long does a de facto visa Australia takes?

A: On average it takes anywhere between 19 to 24 months for the complete processing of a de facto visa.

Q. Can you work on a De Facto visa in Australia?

A: Only the partner visa holders have full work rights in Australia whether temporary, permanent or prospective spouse.

Q. How do you prove a de facto visa?

A: To prove a de facto visa, you have to provide with proof of living together or at least do not live apart on permanent basis. In case you have been living together but for some reasons one of the partner temporarily moves due to external reasons, it may still be possible to make a successful application.

If you want assistance with the complete application process of a de facto Australia visa, then contact us today at Copson Migration Partners to save yourself time, money and all the hassle you may suffer during the process.